What does cryptocurrency means?

The term cryptocurrency come from cryptography, which means money or fiat money in the form of digital means of payment. Cryptography is the science of encrypting information used in cryptocurrencies. It allows for a decentralized and secure payment system. Unlike central bank money, cryptocurrencies, also called coins, are drawn exclusively by private individuals. The first publicly traded cryptocurrency, Bitcoins (BTC), were launched in 2009.

The development of cryptocurrencies, especially Bitcoin, in forecast

Meanwhile, the Bitcoin is almost ten years old and has experienced some ups and downs. The last big increase was at the end of 2017. Since then, the Bitcoin has fluctuated. Experts have differing opinions. One side qualify the Bitcoin hype of bubble, with its best days behind. The other side still sees great opportunities and believes that a lot of capital will flow into the Bitcoin. Especially in a crisis of the financial industry Bitcoin and other cryptocurrencies will be able to exploit its advantage past the current hype.

What technology is behind Bitcoin? What does Bitcoin mining mean?

Bitcoin is technically backed by a global network of miners. A miner uses his computer to provide the computing power for the cryptographic calculations. Bitcoins are transferred around the clock via the Bitcoin network. The Bitcoin network collects all the transactions of a given period and puts them together in a list. This creates a"block". These transactions must be confirmed by the miner and entered in an account book. In return, he receives the Bitcoin transaction fee. The account book is basically a long list of blocks and is therefore called blockchain.

What is a blockchain?

One can imagine this chain of blocks as a forgery-proof digital database meticulously documenting all transactions. For Bitcoin, this would not be a database, but a cash book. The big difference with the past, however, is that the information is not stored on a central system, but on many computers at the same time. Technically speaking, the blockchain is a decentralized database. Anyone can download them from the Internet and view the entire transaction history. The advantage: The blockchain updates itself automatically. All computers are connected to each other and thus always download the latest version of the database. It is virtually impossible to rewrite entries because it requires a large amount of computing power infinitely superior to that of any blockchain subscriber.

In addition to Bitcoin and the other cryptocurrencies, blockchain already has a multitude of possible applications. For example, in Sweden and Honduras forgery-proof digital land registries are currently being built. In South Korea, a food blockchain is being developed. The idea behind it: new technologies should allow the elimination of intermediaries, making food distribution more efficient.

Which cryptocurrencies are there? What are altcoins?

Altcoins are alternative cryptocurrencies, which were created and introduced after the success of Bitcoin. There are now more than 3000 cryptocurrencies. 1453 of which are listed on coinmarketcap.com and are traded on 7653 marketplaces. (As of 19/01/2018) Coinmarketcap's goal is to list and analyze all cryptocurrencies, at least those that are traded on a stock exchange. It shows, among other things, the market volume, price trends, the total number of coins and the change in the last 24 hours. Many altcoins try to avoid the limitations and deficits of Bitcoin and bring a newer solution on the market.

Some of the best-known Altcoins are:

Ethereum is the second-largest crypto-currency after Bitcoin. Ethereum, in contrast to Bitcoin, which is shaking up the financial system, uses Blockchain technology to eliminate middlemen. The hosting of data and the monitoring of the fulfillment of contracts with Ethereum should no longer be done centrally by a few internet giants. The currency of the ethereum network is "ether".

Often compared to Bitcoin, Litecoin was released in October 2011. The inventor is former Google employee Charlie Lee. Technically, Litecoin works much like Bitcoin. However, there are a few serious differences. Among other things, they are generated faster, "minted" with graphics processors and consume less energy.

The social purpose of Dogecoin, intended as a parody of Bitcoin, separates it from other cryptocurrencies. For example, the websites Twitter and Reddit use dogecoins to show users appreciation for good comments or posts. Unlike Bitcoin, the number of coins is unlimited. The currency reached a market capitalization of two billion US dollars in early 2018.

Other cryptocurrencies showing a lot of potential include IOTA, NEO and Monero. Even very young projects like Indahash, SophiaTx, Agrello and High Performance Blockchain could attract a lot of attention.

Current challenges and problems of Bitcoin

After the huge successes of the last few months, cryptocurrencies like Bitcoin are facing new challenges and hurdles. China, for example, is currently trying to ban access to domestic and overseas trading platforms, even after Bitcoin miners in China have been pressured. South Korea also wants to ban cryptocurrency trade. It is yet unknown which platforms might be affected. In any case, all parties offering services related to the trading of cryptocurrencies, which may be individuals as well as companies, fall into the affected area. Private persons (peer-to-peer) who make small transactions, however, have nothing to fear.

Impact on the Bitcoin course

Initially, such news has dropped the Bitcoin price sharply. In the meantime, the course can no longer be dismissed from the current events and remains relatively stable, as can be seen on Coinmarketcap. Nevertheless, cryptocurrencies are extremely volatile as an investment. Large price fluctuations can occur at any time.

Bitcoin and taxs – the exemple of Germany

For a tax to be incurred at all, there must be a Bitcoin price gain. This works in a similar way to a stock investment. Unlike securities, the profits of Bitcoin or other crypto currencies are not subject to withholding tax but are considered by the Treasury to be a private sale transaction. They are therefore treated in a similar way as real estate or works of art. In the tax return such assets are listed under "Other income". The profit is then taxed at the personal income tax rate. Losses may be offset against profits from other sales transactions. If a person operates mining himself, this counts as a business enterprise and must also be taxed accordingly.

What are the exceptions to Bitcoin taxation?

Profits up to 600 euros are exempted of taxes. The second option, where all profits can be kept, is the duration of the period between buying and selling Bitcoins. If this period is one year or more, the so-called speculative tax is eliminated. Things get more complicated when Bitcoins are bought at different rates (and at different times). Then the first-in-first-out method is used - i.e. the Bitcoins that were first acquired are also considered to have been sold the earliest. Theoretically, the investor can also opt for a LiFo (Last-in-First-Out) procedure. However, then no later change is possible. Here it must be mentioned, however, that special cases can always exist.

It is important to note that the information given here is for Germany. We recommend that you consult a tax specialist familiar with crypto for more detailed information.

How and where can you pay with Bitcoins?

There are various ways to use Bitcoins actively in everyday life and to pay with them. Meanwhile, some traders also offer Bitcoin payments. But how does such a payment work? First, the customer needs a wallet. A wallet is basically an app and acts as a digital wallet. The online shop, or merchant, now has three options for offering Bitcoin payment:

- The display of a Bitcoin address, which the customer inserts in his wallet as a payment address

- The customer has the possibility with his Wallet app to scan a QR code.

Physical shops usually work with QR codes as well. This QR code either already includes the purchase price or must be inserted after opening the Wallet app.

Which providers can be paid with Bitcoin?

The giant game distribution platform Steam also sells its games via Bitcoin. However, the payment process is still somewhat complicated, since the Bitcoins must first be transferred as a cash balance to the Steam account.

In 2010, a user bought two pizzas for 10,000 Bitcoins - today, this sum would be worth about 100 million. Nowadays, the delivery service Lieferando can be paid with Bitcoin. The offer is not limited to Germany, as it is extended to the sister companies of Lieferando.

Donations can also be made online with Bitcoins on some websites including Wikileaks and Wikipedia. In addition, the environmental protection organization wants to convince Greenpeace to donate via Bitcoin.

Integrate Bitcoin as a dealer

As a business owner, accepting Bitcoin offers some advantages. A new, growing customer base can be addressed and the level of awareness increases. Furthermore, receiving payments via the Bitcoin network is free of charge. Bitcoin payments are also faster than classic payment methods. This is especially true for international transactions.

If the online retailer wants to take the step and accept Bitcoin payments, the first and simple step is to clearly mark the website, for example, a "We accept Bitcoin" button. Since the number of Bitcoin payers is likely to be lower at the beginning, this is a good way to alert visitors.

In an offline business, classic hardware terminals, touchscreen apps or e-wallet addresses with QR codes can be used for Bitcoin processing. In contrast, online shops require an expert programmer who implements the Bitcoin acceptance link.

There are also fraud risks when paying with Bitcoins. Fraudsters send, for example, fake invoices to customers of the online shop with an indication of a wrong Bitcoin address, to which money is to be transferred. To mitigate this risk, customers should get the Bitcoin address from the shop website via secure SSL. In addition, it is helpful if the address is also mentioned on the bill - but with four or five hidden digits. Thus, the customer has the security of being able to prove his payment in case of disagreement. Retailers can also use geolocation to see where customers are coming from, based on their IP address. Furthermore, the trader can use automated fraud solutions such as e.g. FraudLabs Pro. This software automatically scans Bitcoin transactions and determines the level of risk.

Bitpay and other payment providers with Bitcoin acceptance offer the online retailer a few ways to make payment processing as secure as traditional payment methods. The merchant can accept Bitcoin payments and gets transferred to his bank account. Thus, the shop owner is not exposed to price fluctuations of Bitcoin and receives exactly the desired amount in euros. Due to the euro payment, there are no difficulties in integrating with accounting. However, if the trader wants to keep the Bitcoins, he can do so in any combination (e.g., 30% Bitcoin, 70% Euro payout). 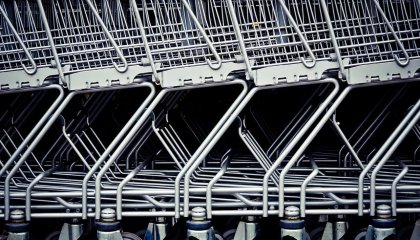 Learn how to boost your checkout conversion rate with our 5 easy tips! 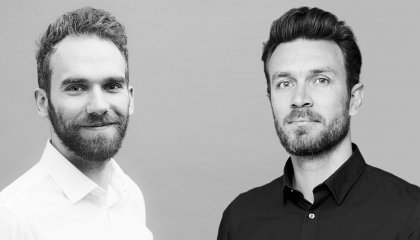 Read our interview with Fresh Compliance, experts on the GDPR. 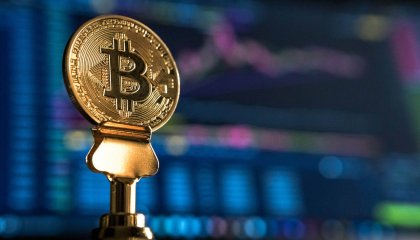