The world of start-ups is shaped by men. Just 13 percent of the German start-up founders are female. In the USA, since 2012, only 17% of startups had a female founder on their team. This trend is even more pronounced in the fintech sector: in Germany, only a tiny four percent of start-up founders who are women. One of them is Christine Kiefer. She recently launched her project Fintechladies, a women's fintech network.

Christine Kiefer is cofounder of Pair Finance, a FinLeap startup dedicated to digitalizing the debt collection process. She is not a newcomer to the fintech industry: Kiefer first studied computer science and business administration before working for some time as a programmer. Shortly thereafter, she joined Bain & Company, where she worked in financial consulting. In 2007, Kiefer joined the investment bank Goldman Sachs in London, where she experienced the Lehman bankruptcy as a so-called "quant". After five years as a trader in equity derivatives, she quit Goldman Sachs to become managing director of payment provider Billpay. After a one-year break and a trip around the world, the 35-year-old has now embarked on pair finance for the debt collection sector.

Kiefer’s project, Fintechladies, is a network for women working in the fintech industry. "The more you move in the industry, the more women you discover. And they all deal with the same topics! Fintech is heavily regulated, it has a lot to do with the BaFin (ed.: the German Federal Financial Supervisory Authority), and has to deliver a completely different level of professionalism and accuracy right from the start than in many other industries, "says Kiefer in an interview with the Gründerszene. The contact with other women and the exchange of experiences - both positive and negative – is particularly helpful. This initiated of the project.

Other women in the fintech industry

About two handfuls of women are already regularly meeting for networking activities. Several years ago, Christine Kiefer and RatePAY founder Miriam Wohlfarth were the only women in fintech leadership positions. Meanwhile, female entrepreneurs such as Susanne Krehl, head of marketing at Barzahlen.de and head of the Fintech Group at the Federal Association of German Start-ups and Eva-Juliane Jerratsch are also present in the media. Kiefer emphasizes, however, that her project is not directed exclusively to founders and managers, but to "women working in fintech" in general. In addition to regular dinners, there should also be seminars and workshops that can network and advance the participants in the fintech sector. 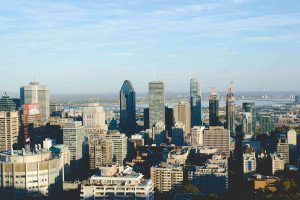 Financial technology hub to be launched in Montréal 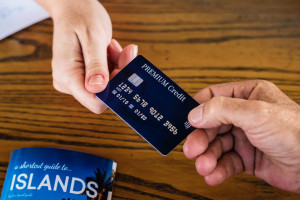