With more than a billion daily users, WhatsApp’s potential in the mobile payments is enormous. The new feature will be initially tested in India.

An immediate bank to bank transfer with UPI is rumored to be in trial phase. The Unified Payments Interface (UPI) is a cross-bank payments system run by the Reserve Bank of India. It is currently enabled on smartphones through PSP and BHIM apps as well as feature phones. The information was first made public by WABetaInfo, a website dedicated to following upcoming WhatsApp updates.  Earlier this month, they published a screenshot of the “WhatsApp Payments” section of a hidden and under development Android version of the app. 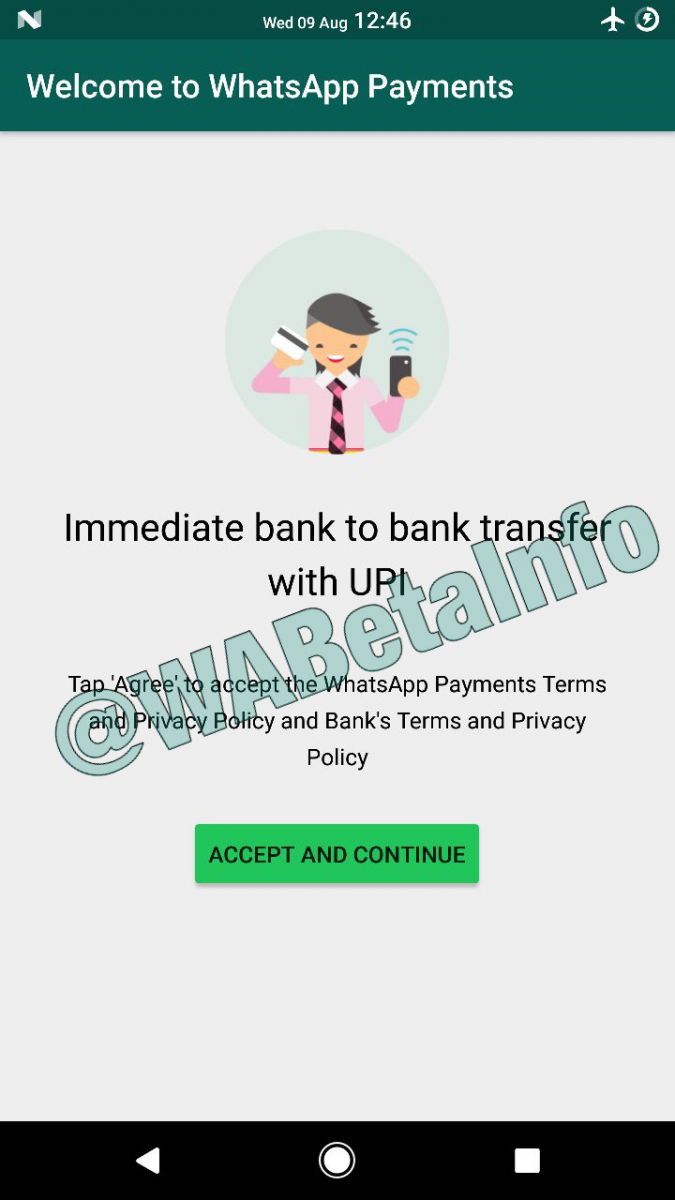 On the Indian market, WhatsApp will have to face E-commerce giant Alibaba’s payments startup Paytm. Currently the largest mobile payments and commerce platform, Paytm has 230 million registered users. Allegedly, the new P2P feature would then be tested in the United Kingdom, Poland and the United States.

In short, peer-to-peer payments, or P2P transactions, are electronic money transfers made from one person to another using an intermediary. While this has yet to be officially confirmed, the development of a P2P feature would be a logical next step for the company. WhatsApp is owned by Facebook, who offers peer-to-peer payments on its Messenger app since 2015. Apple is expected to include a similar feature for iMessage in iOS11.