The new feature, allowing customers to preorder coffee and food for pickup at a nearby store, has become a major hit. Stocks could jump by 20%.

Currently only available in the US, the mobile order-and-pay feature was used for 9% of all orders in the last quarter, while nearly a third of Starbucks’ orders being paid for via the company’s app. The app was downloaded from the Apple App Store 3 million times. 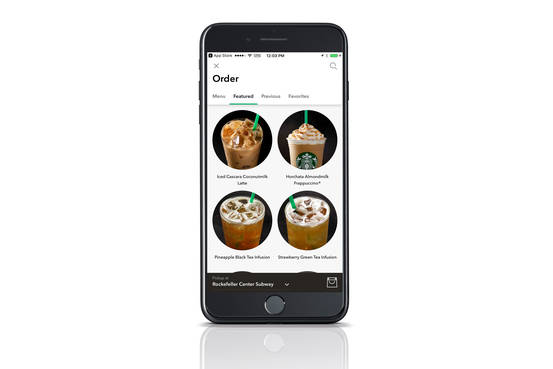 People responded so strongly, that pickups and in-store orders created bottlenecks at the counter. The company is now rethinking its store layouts and hiring preorder specialists.

Taking advantage of the smartphone revolution

Starbucks' was one of the first to recognize the value of the smartphone revolution. “The kind of growth and financial performance we are seeing out of customers with whom we have digital relationships blows the socks off of anything Wall Street would possibly want to see,” Matthew Ryan, Starbucks’ global chief strategy officer, told Barron’s.

Starbucks aims at growing an even larger member base and personalizing their app, notably by adding weather and time of the day triggers. Meaning that customers might receive, for example, a rebate on iced coffee during a heat wave. Similarly, clients would receive incentives to try products differing from their routine, for example, someone buying regularly an espresso in the morning might receive a discount for an afternoon cappuccino.

Currently, Starbucks is dominating 64% of the specialty-café market, pouring 5% of America’s 400 million daily cups of coffee (70% of which are drank at home). The company is planning to open 10 000 new stores by 2021.