Paylobby › News › Trends › Playing in the gray zone: Cryptocurrencies around the world

The status of cryptocurrencies varies greatly from one country to another. A large array of regulations and bans are applied. Meanwhile, in Bangladesh, Bolivia, Ecuador and Kyrgyzstan have banned the use of bitcoin all together.

In China, individuals are allowed to hold and trade bitcoins. However, since 2013, financial firms, e.g. banks, are prohibited from owning or trading cryptocurrencies.

On September 4th, China banned initial coin offerings (ICO), claiming that it was an “illegal public finance” mechanism used for securities issuances and money laundering. A ban that was hardly surprising to experts, as the unregulated market was rife with scams. While Chinese start-ups cannot use ICO to raise money, cryptocurrency developers and service providers are not affected by the ban, deemed temporary by some.

The country is also rumored to be considering a ban on domestic cryptocurrency exchanges. Around 23 percent of all bitcoin trades are made in China, where many of the world’s biggest crypto miners are also located. Nevertheless, the impact of such regulations would mostly be local, as other traders remain unaffected. The motivation behind this new ban remains unclear, although it comes amidst a broad tightening on financial risks, as a key Communist Party reshuffle is coming up next month.

As the Forbes noted, as rival tech markets like the U.S., India, Russia and Hong Kong legitimize cryptocurrencies, it is very unlikely that China allow itself to fall too far behind. The People’s Bank of China has been experimenting with its own prototype cryptocurrency.

In November 2016, the Federal Tax Service of Russia declared that cryptocurrencies are not illegal. While the letter offered no official legal definition, it also did not prohibit the execution of transaction with cryptocurrencies by Russian nationals. Like many other governments, Russia expressed concern in cryptocurrencies being potentially used for money laundering and other reprehensible activities.

More recently, Russia’s finance ministry has been expressing the will to regulate the circulation of cryptocurrencies involving Russian nationals. The Bank of Russia released, on September 5th, a statement warning about the risks associated to cryptocurrencies and initial coin offerings. On September 8th, Finance Minister Anton Siluanov reiterated that it makes no sense to ban digital currencies, but that they should be regulated. His ministry should finish working a law defining a procedure for acquiring cryptocurrencies, including a buyer registry by the end of the year.

The European Union, offering a framework to its member states, consider cryptocurrencies as currencies, not commodities, therefore not applicable to VAT/GST. Bitcoin, in particular, is classified as a convertible decentralized virtual currency.

In the past weeks, Hongkong, Singapore, Canada and the United States all issued statement regarding ICO, remarking that some tokens may constitute securities. In such, securities laws would apply to them. 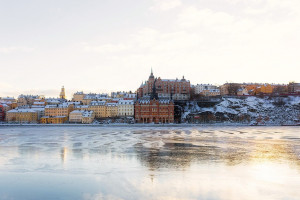 The Riksbank may soon become the world’s first central bank to introduce a cryptocurrency and remove traditional currency from circulation.