In a collaboration with the Indian government, the National Payments Corporation of India (NPCI) and several banks, WhatsApp is working to increase the number of users.

Since February, WhatsApp has been beta testing its new feature. While an official launch date has yet to be divulgated, it might be imminent, according to industry watchers. 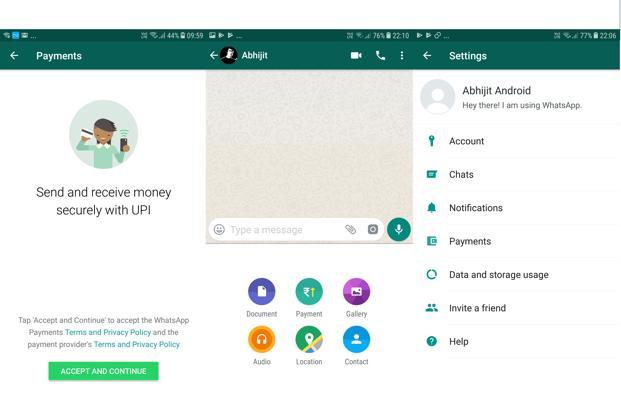 WhatsApp had received permission from the NPCI to partner with banks to facilitate financial transactions via Unified Payments Interface (UPI). UPI is an instant payment interface that allows users to transfer money via an app by keying in a simple 4-6-digit pin without having to share any bank details.

In April, the Reserve Bank of India has mandated all payment system operators to ensure that data related to payments is stored locally, i.e. only in India, giving companies six months to comply with it. Sensitive data, e.g. the last six digits of a debit card number and UPI PIN, are not being stored. Among growing security of consumer data concerns, a spokesperson specified that, while the feature is using the parent company’s infrastructure: "Facebook processes UPI transaction data as a service provider for WhatsApp, and does not use WhatsApp payments transaction data for commercial purposes".

The new feature is a direct threat to smaller e-wallets operators. E-wallets and UPI serve the same purposes. However, UPI facilitates the payment process by eliminate the intermediary step of loading money onto a digital wallet. The introduction of UPI by the Indian government is posing a threat to smaller companies, therefore helping bigger ones, such as WhatsApp. The company is further advantaged by its already huge user base, which could be easily locked within its ecosystem with the new payment feature.

With businesses increasing presence on the messaging app, it wouldn’t be surprising that the new feature expand itself from peer-to-peer to business-to-consumer (B2C). The current transaction limit, set at Rs1 lakh (1,470 USD), suggest that such an expansion was planned.