The Swedish furniture retailer giant reported that, after growing by 10% in 2017, its e-commerce business reached 15% of its British sales. Sales in the country increased by 5.8% this year, with total sales reaching £1.8bn.

This year, as a part of their expansion into the United Kingdom market, IKEA  launched a new website and opened several new stores. Further plans to refurbish existing stores have been announced. The company’s UK expansion is driven by accessibility and in-store experience.

Gillian Drakeford, IKEA UK country retail manager, stated: “As we celebrate our 30th anniversary this year, we remain committed to the UK and are proud to have achieved another successful year of growth. This is testament to the talent of our co-workers and our ambition to inspire customers with the best possible experience.”

By 2027, IKEA aims at controlling 15% of the home furnishings market in the United Kingdom. 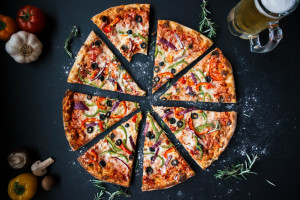 Pizza Hut to introduce mobile payment to all its UK restaurants

Starting from March 19th, Pizza Hut will be rolling out MasterCard’s Qkr in its United Kingdom restaurants.