The 2 months holiday period, spanning from November 1st to December 31st, is marked by strong retail sales. Nowadays, e-commerce retailers benefit strongly of this period, being notably popular for its convenience and among buyers eagers to avoid shopping crowds. Let’s have a look back at this year’s holiday season in e-commerce.

In the UK, 64% of consumers planned making most of their Christmas shopping online in 2017. In the USA, 82% of shoppers declared expecting to buy some holiday gifts online, with 77% planning to buy some gifts in physical stores.
Over the holiday period, 58 days, out of 61, reached more than 1 billion USD in revenue made, for a total revenue of 108.15 billion USD.

Cyber Monday sales cumulated to a whooping USD 6.59 billion, making it the largest U.S. online shopping day in history. This implies a 16.8% increase from last year.

Though only recently introduced in France, the Cyber Weekend is used by e-merchants as a marker to start their holiday campaign. On average, basket value rose of 22€. The average basket size on Black Friday in France was of 118€. Overall, the weekend registered a 312% increase in online sales when compared to an average weekend, making it the 4th most profitable weekend of the year.

Typically, the last big transaction boom occurs between December 14th and 18th, following the limit set for a guaranteed delivery before Christmas. Afterwards, e-commerce traffic tends to fall until the boxing day.

This year, sales nearly double between Christmas day and the Boxing Day, in the US.
In France, the Boxing Day is replaced by “Winter deals” offered from January 10th to 20th. 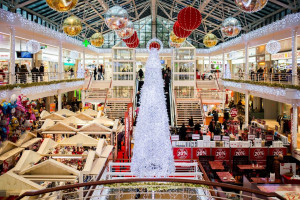 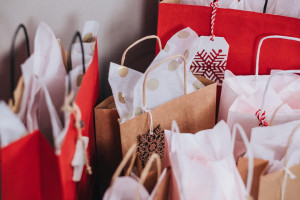