The American multinational information technology firm Hewlett Packard Enterprise (HPE) announced the introduction a new blockchain service for enterprises early next year. It will be the first product of the HPE Mission Critical Blockchain family.

The new blockchain product will be based R3’s Corda platform. HPE and R3 publicized their partnership last June. While an official commercial release date has yet to be announced, some versions would have already been sold privately to financial services companies, according to Fortune. The product is being presented as an extension of their cloud-based services, a first of a number of product using blockchain.

“Enterprises interested in blockchain are realizing that public cloud alone does not always meet their non-functional requirements”, said Raphael Davison, Worldwide Director for Blockchain, HPE. “As they look to scale, they recognize that, for mission-critical processes, on-premise infrastructure must be part of the mix of traditional IT, private and public cloud that’s needed to meet the requirements of enterprise-grade blockchain workloads.”

The Hewlett Packard Enterprise  company was founded in 2015, as part of the splitting of the Hewlett-Packard company.

Amazon Go opens to the public

The first fully automated grocery store opened to the public on January 22nd. 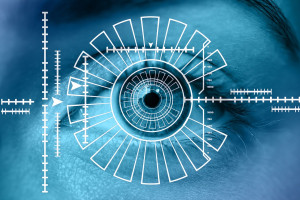 A majority of Canadian consumers are interested in using biometrics instead of passwords.