The London-based fintech Curve operates a platform allowing users to connect all their cards to a single card and app. The service, previously available to business user during the beta phase, aims at making spending management easier.

During the Beta phase, around 100 000 users signed up for the service, spending over £100million in over 100 countries. More than 50 000 customers were placed on the waiting list, awaiting the launch, on January 17th.

“Most people want the benefits of using multiple banks, cards and services, so they can make the most of their money”, says Shachar Bialick, Founder and CEO of Curve. “But managing it all and keeping on top of your spend isn’t easy. Now, it’s as simple as downloading the Curve app and getting started - with one card for all your spending, and one app to help you stay on track. It’s like having a ‘mission control for money’, in your pocket.”

The process is quite simple. Consumer create a free or premium account, before adding their debit and credit cards to the app by taking pictures of them. From there, users can select, through the app, which card they wish the Curve MasterCard to spend from. Expenses from all cards are tracked and consolidated in a single view.

Additional features include the ability to lock the Curve card through the app, instant notifications, cheaper FX fees and the “Go Back in Time” feature. As the name suggests, this feature allows users to retroactively switch payment sources, up to two weeks after the original transaction.

Still this year, payment with fingerprint should work on all standard devices. 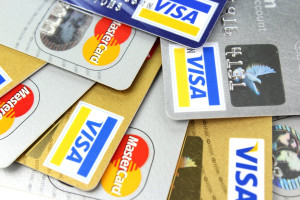 The start-up is launching its new credit card issuing API.