The Republic of Crimea’s largest bank, Genbank, has finished the procedure of replacing all plastic cards to Russia’s Mir payment system.

Visa and MasterCard cards issued by foreign bank will still be accepted by Genbank ATMs. It was the only financial institution in Crimea to issue foreign operators’ cards.

The Mir Russian payment system was established by the Central Bank of Russia in 2015. It is accepted mostly by Russian companies, e.g. Aeroflot and Russian Railways, and is gradually gaining acceptance among foreign companies with Russian operations.

In 2014, both Visa and Mastercard announced they were withdrawing themselves from the Crimean Peninsula, as the region became the target of Western sanctions after integrating the Russian Federation. However, bank cards using the payment systems continued to operate in the Crimea long after Visa and MasterCard were obliged to move their Russian operations to servers in Russia. 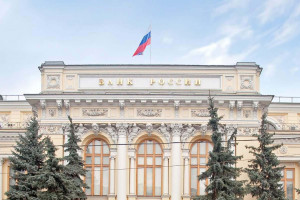 Bank of Russia plan to use biometrics authentication