Venezuelan President Nicolás Maduro has announced the creation of a national virtual currency, named Petro, in an attempt to ease the country’s economic crisis. Venezuela is undergoing since 2012 its worst economic crisis in history.


Venezuela’s oil, gas, gold and diamond wealth would be used to endorse the currency. The President gave few details, not saying how or when the launch would occur.


Opposition lawmakers denounced the plan, some insisting to that the project require the approval of the National Assembly, while others expressed doubts that the project would really take place.


In a televised address the Venezuelan president said the new virtual currency would allow the country “to advance in issues of monetary sovereignty, to make financial transactions and overcome the financial blockade”.


The Bolivar is currently subject to rampant inflation. Historically, Venezuela relied strongly on oil to support its economy. About 96% of the country’s export revenue came from oil. Falling oil prices decline caused the country to go into economic and political crisis. Citing the government’s repressive policies, both the United States and the European Union have imposed sanctions.


Economists have suggested that Venezuela repays its estimated 140 billion US dollars debt to foreign creditors in Petros, reported the BBC. 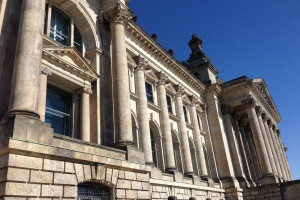