Alipay, e-commerce giant Alibaba’s third-party online mobile payment platform, has seduced Chinese customer by its simplicity. This year, China’s mobile payment market is estimated to be worth 2.24 trillion USD, according to a Chinese survey company. Currently, the App reaches an astonishing 400 million registered users, a quarter of which are active daily. Overall, it accounts for around 70% of the Chinese mobile payment market.

Currently offered in 3200 shops across Macau, Malaysia and Japan, Starbucks has introduced Alipay to more than 2800 stores in mainland China. WeChat Pay, Quick Pass and Apple Pay, all considered mainstream digital payment methods, are also offered by Chinese Starbucks. For Alipay, Starbucks could be used as a channel for their international expansion. It is also clearly a strategic move to maintain their advance on competitor WeChat Pay.

The coffee chain has big ambition in China and plans to open 5000 new locations there by 2021, nearly doubling its presence in the country. By offering popular wallet payment methods, Starbucks could drastically boost its popularity in China, where e-wallet usage is overall higher than in the USA. In the first quarter of last year, 29% of Starbucks transactions in China were paid with WeChat Pay, which had just been introduced. Alipay is expected to have in even stronger impact, due to its bigger market share.

Every year, more than 8 million Chinese tourists travel to Europe, shopping for an average value of 3000 EUR. For Chinese customer, brand awareness is the decisive factor when buying abroad. Amongst the most sought-after items are crystal jewelry and watches. In a partnership with Wirecard, Swarovski Crystal Worlds now offers the Alipay payment method. By doing so, Swarovski is also establishing itself as an attractive supplier for Chinese customers, particularly among the younger generation of online-savvy and financially strong customers. 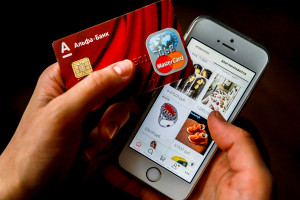 Alibaba announced a partnership to form a new e-commerce platform.