Alibaba is betting that the simplicity its hit smartphone-based payment platform, expected to be introduced in Japan as early as next spring, will seduce cash-reliant consumers to go digital. Despite having one of the world most technologically-savvy population, Japan is still heavily reliant on cash payment, making it a natural next step in Alibaba’s expansion.

Alibaba's financial arm in Japan, Ant Financial Services, will introduce, under a new brand, a Japan-tailored version of Alipay digital payment system. The system, functioning through QR codes, will allow customers to load money or link a bank account to the app.

The app will also allow for payments in China. An essential feature considering that, every year, roughly 2.5 million Japanese businesspeople and tourists traveling between the two countries.
The expansion will be based on an existing network of 30,000 Japanese businesses already accepting Alipay (e.g. electronics sellers, department stores and Lawson convenience stores), a network built to answer the demand of the augmenting Chinese Tourism in Japan. In preparation for the introduction of its Japanese app, Alibaba works to expand this network to 50,000 by the end of the year. The next step will be to offer lifestyle features, such as the entertainment industry, through partnership with cinemas.

This year, China’s mobile payment market is estimated to be worth 2.24 trillion USD, according to a Chinese survey company. In contrast, Japan’s digital payments market has been estimated by the Nomura Research Institute to be worth 50.6 billion USD, meaning a high growth opportunities.

In its first three year of operation, Alibaba is aiming at acquiring 10 million new clients. 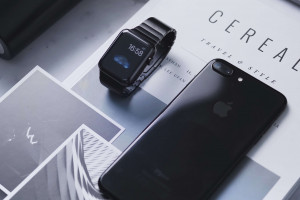 Starbucks' mobile order-and-pay feature, allowing customers to preorder coffee and food for pickup at a nearby store, has become a major hit. Stocks could jump by 20%.