The partnership aims to integrate Russia's key consumer internet and e-commerce platforms and launch a social commerce joint venture in Russia. The partners want to deliver expanded online services to Russian consumers and give Russian small and medium-sized businesses a greater access to local and international markets.
The idea is to create a one-stop destination for consumers to communicate, socialise, shop, and play games, all within the same online ecosystem.

AliExpress Russia, the company’s local e-commerce arm, will be contributed to the partnership. The Chinese company will cede control of its Russian business to form the partnership, which could enable Alibaba to reach out to a larger audience in Russia. Alibaba Group President Michael Evans called the joint venture “an exciting step in Alibaba’s international expansion.”

Upon completion of the deal, Alibaba Group will control 48% of AliExpress Russia, MegaFon 24%, Mail.ru 15% and the Russian Direct Investment Fund (RDIF) 13%. The transaction is expected to close in the first quarter of 2019.

The agreement will use Russia`s payments system known as Mir, which was developed in late 2014. 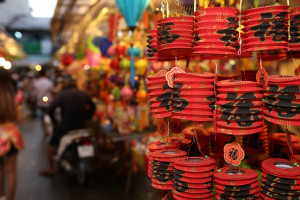